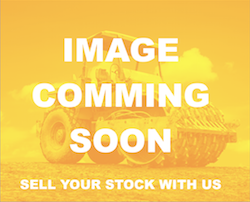 Later this week, I am due to speak to the BBC yet again about the Didcot Power Station disaster that happened in February 2016.

Unlike many of their colleagues in the wider media, the BBC thankfully hasn’t forgotten the incident that claimed the lives of four men on that fateful day.

We are fast approaching the seventh anniversary of that fateful day. The investigation remains ongoing, which must be agonising for the families of Michael Collings, Ken Cresswell, Christopher Huxtable and John Shaw.

But it is, perhaps, almost as agonising for the families of John Mackay and Tommy Williams; the two men killed in a separate demolition accident at the Teesworks facility in Redcar in truly horrific circumstances exactly three years ago today.

They too have received no answers and no explanation of what happened to their loved ones. And there is now a very real concern that the protracted Didcot investigation has somehow set a precedent for overlong fatal accident investigations.

Three years on and it is understood that the police are still taking statements over the Redcar incident. Three years! This is an accident that occurred long before the Teesworks demolition project was in full swing. Just how many people are there to interview. And if the Didcot investigation is any kind of guide, the families of the two men that lost their loves at Redcar could have at least another four years to wait for some kind of conclusion.

Redcar has not. Instead, all the talk from Teesworks is of job creation, giga factories and freeport status

New jobs and new factories are terrific and they will be very welcome in the North East of England.

But all of that is being created upon the unmarked graves of Tommy Williams and John Mackay.

Each passing anniversary; each piece of positive news from Teesworks; and each new mention of the Didcot Disaster must surely just prolong the agony and suffering of the families of Tommy Williams and John Mackay.

Our thoughts are with the families and friends of Tommy and John today.